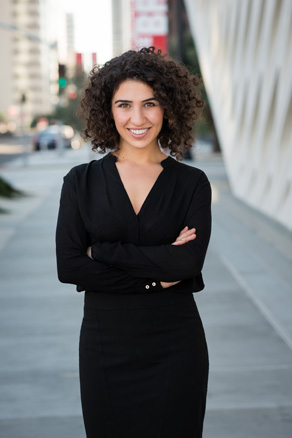 With an interest in both operatic and ensemble music repertoire, Shoushik Barsoumian has been performing in both Europe and the United States since 2010, appearing as Oscar in OperaLombardia’s production of G. Verdi’s Un Ballo in Maschera in Italy, Adina in G. Donizetti’s L’Elisir d’Amore (Malta Teatru Manoel), Gilda in G. Verdi’s Rigoletto (Bucharest National Opera), Musetta in G. Puccini’s La Bohème (St. Margarethen Opernfestspiele), Dama in G. Verdi’s Macbeth (Teatro Comunale di Modena), and appearing in venues throughout Los Angeles, CA as Anoush in the Lark Musical Society production of A. Tigranian’s Anoush opera, Nancy in B. Britten’s Albert Herring, Woman in F. Poulenc’s La Voix Humaine, Yum-Yum in Gilbert & Sullivan’s The Mikado, Lusnak and Suheylé in T. Tchouhadjian’s Leblebiji and Zemiré respectively.

Ms. Barsoumian’s involvement in ensemble music has been extensive, having performed the soprano solo in I. Stravinsky’s Svadebka, many of T. Mansurian’s solo vocal works, including the cycles Four Hayrens, Madrigals, and Canti Paralleli (premiered both in the US and Armenia), and the “World Premiere” of the song cycle Fire of Sacrifice written for her by American composer Ian Krouse. In April 2015, Ms. Barsoumian took part in the Lark Musical Society production of a first-ever Armenian Requiem composed by I. Krouse in commemoration of the centennial of the Armenian Genocide.