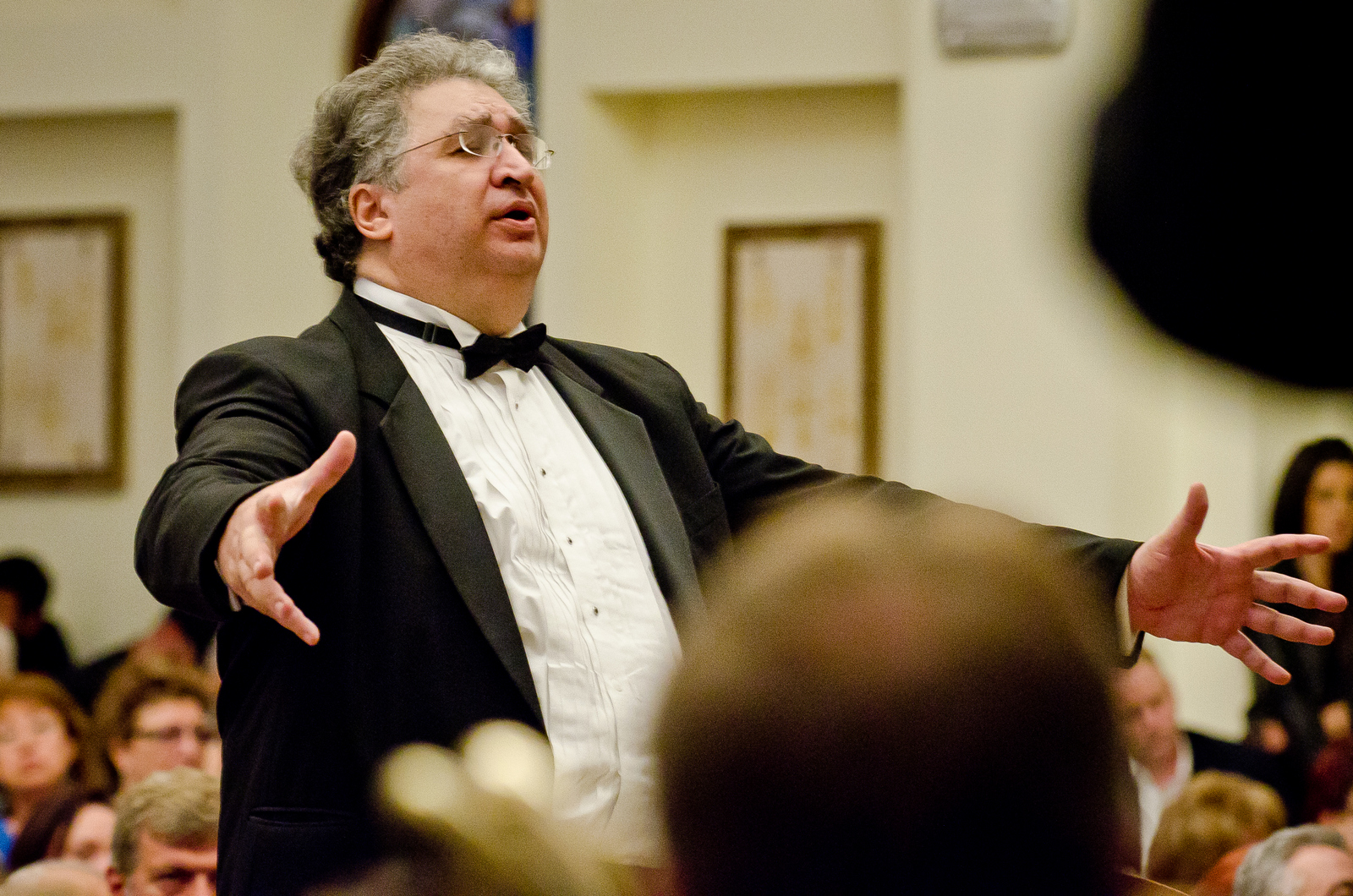 Vatsche Barsoumian is a conductor, music director, and arts educator working and organizing cultural events for nearly thirty years in the Los Angeles Diaspora community. He is most notably known for his founding of the P. Ganatchian Conservatory in Beirut, Lebanon, and the Lark Musical Society in Los Angeles.

Mr. Barsoumian began his formal music training studying voice and double bass at the National Conservatory of Music in Beirut, while simultaneously taking courses in Armenian and English literature at Haigazian College. He achieved his B.A. from Haigazian College in 1977, with a degree project addressing Mysticism and Esoteric Doctrine in the Book of Lamentations by Gregory of Narek. In 1978 he was awarded a scholarship to further his musical education in Princeton, New Jersey, beginning a two-year course of study at Westminster College. There, he trained in conducting, with a concentration in voice, receiving his M.M. in 1980 after an exploration of the Sacred Vocal Works of Igor Stravinsky.

Having a predilection for academia, Mr. Barsoumian was invited by Haigazian College, after completing his higher education, to join the faculty. He became an Assistant Professor of Music at Haigazian and also took up teaching posts at Beirut’s School of Fine Arts and the Near East School of Theology.

Beginning to develop his work as a music director, he became heavily involved with several different youth choir groups, conducting them in over a hundred performances across Beirut. Chiefly, he headed the “Orpheus” society at Beirut University College and was later inducted as Music Director (Kapellmeister) for the American University of Beirut. His work brought him into close partnership with the Hamazkayin organization where he also served as Music Director. In 1984, alongside Hamazkayin, Mr. Barsoumian founded the P. Ganatchian Conservatory of Music, where he served as Principal for the following two years, before leaving Lebanon for the United States.

Mr. Barsoumian’s extensive and varied performance history includes some of the most esteemed works in the Classical canon as well as treasures from the Armenian tradition. He has lead hundreds of performances, working with various choral groups, achieving large-scale concert events with high professional and artistic standards.

With the growth of the Lark organization and expansion of its activities across various departments, Mr. Barsoumian has added to his activities as Music Director and educator the responsibilities of arts producer. He has overseen performance events in the world of dance, instrumental music, and opera and produced several recordings. As Executive Director to the Dilijan Chamber Music Series, he carries out one of his most important roles by commissioning new works by Armenian and Western composers in every genre of music for the Classical Repertoire.

Along with his varied performance activities, one of Mr. Barsoumian’s most active undertakings is his work as an editor, translator, and publisher. Through Drazark Press, which he established in 1994, he has produced scores of translations. As a publisher he has seen the output of new works by renowned scholars including Nikoghos Tahmizian, Georgi Geotakian, Alina Pahlevanian, Arousiak Sahakian, Tigran Mansurian and Bedros Alahaidoyan, and has himself translated and edited a book on Komitas, Komitas: Essays and Articles.

Mr. Barsoumian is the recipient of numerous commendations and honors from private, public, city, and state organizations, including an Honorary Professorship, in 2001, awarded at the Komitas State Conservatory in Yerevan, Armenia, the “St. Mesrop Mashtots medal” of the Catholicosate of Cilicia (2005), the “Hamazkayin Central Committee Medal” (2008), the “Narekatsi Medal” of the UCLA Friends of Armenian Language and Culture (in 2001), among others.