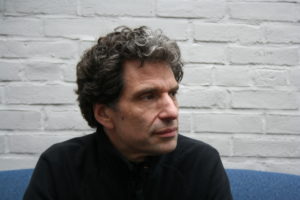 Seth Knopp, piano, was a founding member of the Peabody Trio, recipient of the 1989 Naumburg Award, and has been the Artistic Director of Yellow Barn since 1998. He is also the Artistic Director of Soundings: New Music at the Nasher, a series of concerts at the Nasher Sculpture Center in Dallas, Texas. After making their Alice Tully Hall debut, the Peabody Trio performed on the most important chamber music series, nationally and internationally. They appeared at the first Biennale for contemporary music in Tel Aviv, Tempus Fugit, and commissioned and performed a significant body of new music. Seth studied with Leonard Shure at New England Conservatory, Nathan Schwartz at San Francisco Conservatory, and with Leon Fleisher. His solo and chamber music performances can be heard on the Artek, Koch, and New World Records labels. Seth serves on the piano and chamber music faculties at the Peabody Institute in Baltimore, MD.