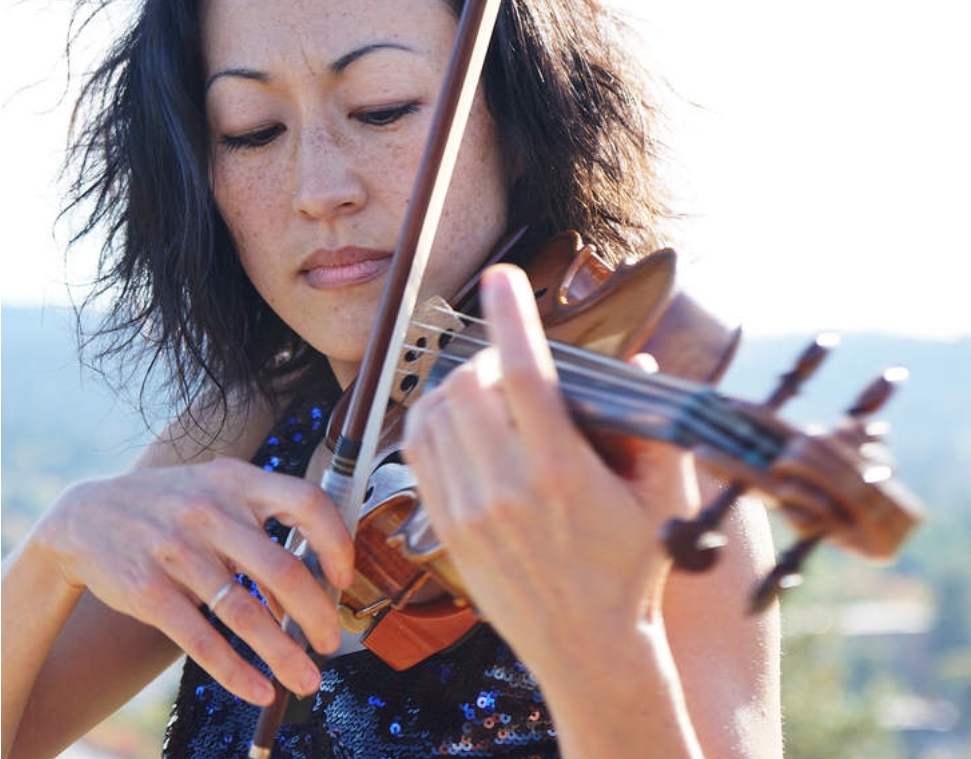 Violinist Searmi Park was born and raised in Los Angeles; she and her pianist sister began practicing many hours at a young age, thanks to their Korean tiger-dad, and by the time she was ten Searmi was studying with Robert Lipsett in the San Fernando Valley where she grew up. She began studying chamber music and music theory at the Colburn School soon after, playing piano trios with her sister and coaching with Ron Leonard. At age thirteen she began studies with Alexander Treger, and attended the Crossroads School where she majored in music. Searmi went on to UCLA to receive her BA and MM, and during her freshman year she travelled to Yerevan, Armenia to play a concerto under Loris Tjeknavorian written by UCLA composer Ian Krouse. Searmi studied at UCLA under soloist Mark Kaplan, and attended the Taos School of Music and Yellowbarn under the Takacs Quartet and Robert MacDonald. Searmi won a position with the Los Angeles Chamber Orchestra in 2001, and also played regularly with the Los Angeles Philharmonic, the Los Angeles Opera, and the Pacific Symphony as a substitute. She began her career as an active studio musician at this time, and has played on hundreds of motion picture, television, artist record, and video game recordings. She plays in chamber music series and at festivals in the US and abroad: Dilijan and Salon de Musique, the Oregon Bach Festival, Santa Fe Pro Musica, and at international festivals in Costa Rica, South Africa, and Portugal. Searmi moved to Portland, OR, in 2012 in search of a different life for her family. She served as Concertmaster of the Eugene Symphony for four years before joining the Oregon Symphony in 2017. She currently lives with her family in the beautiful Oregon countryside, playing with their horses and raising goats, ducks, and chickens